Liquidation, winding up and dissolution are used as synonyms in the UAE, so when you hear one term or another, it’s all about one and the same process. Depending on the company type, liquidation can be executed by following the provision of either Commercial Companies Law for mainland companies, Free Zone Regulations for free zone companies or Offshore company Regulations for offshore companies. As there are many emirates and registration authorities in the UAE, there are many different rules and conditions for executing procedure. We wanted to unify all of them for you to understand what the process looks like and what should be done prior to it.

The reasons for liquidation can be different: expiry of license or duration mentioned in the articles of incorporation or association; completion of the objective for which the company was established; loss of all or most of the company’s assets; merger; approval of the shareholders that the company’s term of existence be brought to an end as per stipulated majority, etc. Irrelevant of the main liquidation reason, to execute the procedure certain conditions have to be met.

For liquidation to happen smoothly, certain conditions have to be met.

One of the conditions is the cancellation of all existing employees’ visas. In case there are active UAE resident visas, they should be cancelled prior to the process of company liquidation, as the employees have to either shift to the sponsorship of another company or leave the country.

The second condition is issuance of Board of Directors resolution with liquidation decision and appointment of liquidator. The Resolution should be attested by Notary Public.

The fourth condition is publication of liquidation advertisement in two local Arabic newspapers for one day and absence of financial claims against the company  within the period of 45 days since publication.

Condition number five is confirmation of the Liquidator and Partners that there are no any objections or claims from the third party during the Ad period.

Condition number six. Once previous five conditions are met, a final audit report of the company should be prepared and submitted to the Registration authority. In Norther emirates outside Dubai auditors report is not required.

Condition number seven is cancellation of investors and partners visas, that are still active and associated with the company.

And the final, the eights condition, is getting clearance letters from Ministry of Labour, Immigration and Utility providers.

Many new and even experiences business owners ask how long does it take to liquidate and dissolve the company? There is no simple answer to that question, as the more complex the business is, the longer the liquidation of assets will be.

Since the liquidation process and procedure is both complex and statutory, it is recommended that business owners plan the process in advance and seek advice and assistance from qualified professionals.

Always remember that even though your business failed, that doesn’t mean you are a failure. When you don’t control these thoughts, they are controlling you and undermine your confidence and self-esteem. Don’t take it too seriously and keep going. Keep going focusing on your final dream and goal. So many people went through it.

Imagine if Bill Gates took the failure of his first business, Traf-O-Data company which analyzed traffic data for the Washington state highway department–personally. Microsoft may have never been founded. The same with Setve Jobbs, imagine if he took the failure of being fired personally, will Apple be the same as it is now? Or Thomas Edisson. He was fired from his first two jobs for being "non-productive." As an inventor, Edison made 1,000 unsuccessful attempts at inventing the light bulb. When a reporter asked, "How did it feel to fail 1,000 times?" Edison replied, "I didn’t fail 1,000 times. The light bulb was an invention with 1,000 steps." Henry Ford kept failing for many years and went 5 times broke before the success. Charlie Chaplin was initially rejected by Hollywood studio chiefs because his pantomime was considered "nonsense”.  Van Gogh sold only one single painting during his life. And this was to the sister of one of his friends for 400 francs (approximately $50). This didn't stop him from completing over 800 paintings. Leo Tolstoy, one of the greatest world literature writers, flunked out of college. He was described as both "unable and unwilling to learn.", but wrote the books that all world is reading until now. Winston Churchill repeated a grade during elementary school and, when he entered Harrow, was placed in the lowest division of the lowest class. He twice failed the entrance exam to the Royal Military Academy at Sandhurst. He was defeated in his first effort to serve in Parliament. He became Prime Minister at the age of 62. He later wrote, "Never give in, never give in, never, never, never, never - in nothing, great or small, large or petty - never give in except to convictions of honor and good sense. Never, Never, Never, Never give up."

And that is what we want to say to anyone who is following the path of business. It is an adventure, short or long, and of course sometimes you take the wrong turn. But this is not the reason to stop going and throw you compass away. Maybe you need to tweak it little bit and follow another road. Keep going and remember, winners never quit, quitters never win.

Disclaimer: Business Boutique UAE-Consultants.com is not affiliated with any particular government or legal entity. Business Boutique does not give professional legal advice nor any other professional advice subject to a public office in the government. This article merely sets out a simple and basic idea as to the reasons of Dubai freezone company setup and Dubai free zone company formation cost. Business Boutique in no way holds nor imposes any official governmental or legal authority and the article herein is only to be taken as a guide. All further governmental or legal issues should be addressed to the corresponding authorities.

10 mistakes business make in the UAE 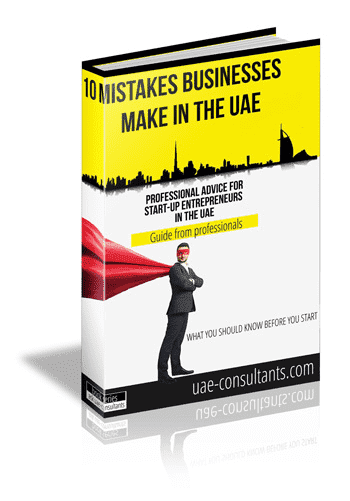 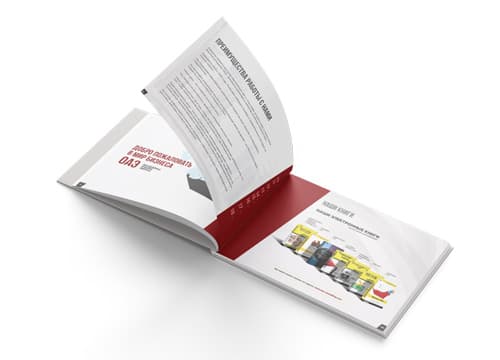 Leave your contacts below and get the PDF-book

Want to receive emails about business in the UAE from UAE-Consultants? + Our New Videos, Podcasts, Books, Articles releases!

On Behalf of a Herolocity Customer

# LOOKING FOR BEST BUSINESS CONSULTANTS IN THE UAE

Our team is a business family of mobile business consultants whose priority is to solve clients’ business problems. Most of the time we do not spend in the office. We have flexible working hours, if client requires it, but at the same time we do not forget to take breaks.

It may sound as an ideal job. And yes, it is ideal for our team.

If you are ready to join our business family, we expect total efficiency, analytical thinking, knowledge of several foreign languages and desire to develop together in return.

We believe there are quick-learners, but as we are looking for a person of character, our preferences go to those individuals who have the following set of skills:

* business consulting experience in the UAE 5 years and more;

* law degree or degree in finance;

* knowledge of Arabic is an advantage;

If you have all of the above skills, we are pleased to welcome you on board.

Kindly send your CV along with introduction letter explaining why you want to join us to [email protected] and do not forget to mention in subject field “Position: Business Consultant”. We look forward to hearing from you!

Information Collection, Use and Sharing

Max Tya Business Consultancy is the sole owner of the information collected on this Web-site. We only have access to collect information that you voluntarily give us via email or other direct contact from you. We will not sell or rent this information to anyone. We will not share your information with any third party, unless that is necessary to fulfill your request. Collected information will be used to respond to you in relation to the reason you contacted us. We may contact you via email in the future to tell you about business updates, new services, or changes to this privacy policy, unless you ask us not to.

You may opt out of any future contacts from us at any time. To do so you may contact us on [email protected] or unsubscribe from our newsletters by following a link contained in an email you receive.

This Web-site contains links to other web-sites. Please note that we are not responsible for the content or privacy practices of such other web-sites. We encourage our users to be aware when they leave our site and to read the privacy statements of any other site that collects personally identifiable information.

The information contained in this website is for general information purposes only. The information is provided by MAX TYA Business Consultancy and while we endeavour to keep the information up to date and correct, we make no representations or warranties of any kind, express or implied, about the completeness, accuracy, reliability, suitability or availability with respect to the website or the information, products, services, or related graphics contained on the website for any purpose. Any reliance you place on such information is therefore strictly at your own risk.

Our Privacy Policy may change from time to time and all updates will be posted on this page.

Business Boutique DMCC Consultancy shall provide professional services in good faith and in a workmanlike manner.

Business Boutique DMCC Business Consultancy shall commence its representation upon receipt of a full advance payment for services in its bank account.

Business Boutique DMCC Business Consultancy shall fulfill the terms of agreements and its amendments and provide sufficient proof as to completion of requested services.

Client expressly understands that any delays on his part may not allow Business Boutique DMCC Business Consultancy to fulfil its obligations under agreement or amendments to it. Client agrees that in such cases Client shall be held responsible for any delays or default on performance of Services.

Payment for Services of Business Boutique DMCC shall be made in full and in advance.

In the event, at any stage of a Fixed Fee Service Client makes a decision not to proceed with the Service, Business Boutique DMCCreserves the right to bill the Client for performed work on an hourly basis as per terms of agreement.

The terms and conditions are confidential between the Parties.

Parties shall not disclose any confidential information that was obtained as a result of cooperation under agreement.

Agreement may be terminated by either party by giving a thirty (30) days written notice to the other party.

In the event, Client wishes to exercise its right and terminate the Agreement, this does not relieve the Client of obligation to settle Business Boutique DMCC Business Consultancy’s invoices for Services rendered.

The Company may, in its sole discretion, also decide not to onboard clients, provide products or services or otherwise facilitate transactions if it suspects the individual or entity to be related to Sanctions list.

The present website adheres to UAE laws and policies and supports for implementation of economic sanctions.

By using our Web-site, you agree to the above provided information and use of information in accordance with this Sanctions Policy.

REQUEST A CALL BACK